Keep track of every pour, and discover delicious new wines and beers.

Wine and beer are not only social lubricants, but also forms of art. Vineyards and breweries quite literally pour their efforts into crafting the perfect sip for a worldwide community of alcohol aficionados. However, not everyone can claim to be an aficionado, thereby challenging some to remember what bottle of wine was enjoyed at an Italian restaurant months ago in New York, or who recommended the delicious pumpkin ale that is a new personal favorite. For those of us who are still brushing up on our pour chops, or who cannot rely solely on memory anymore, there is Happy Hour. Happy Hour is an app that lets users keep track of the wines and beers they drank, who was in their company, and where they were during the experience.

My efforts included performing initial research, conducting a user survey and analyzing the results, developing the concept of a wine and beer logging and discovery app, designing wireframes for the entire site, creating custom icons, developing the majority of necessary HD screens, and producing a clickable prototype using InVision.

The goal was to design an app that allows users to easily record wines and beers they have enjoyed, discover new tastes based on their preferences, save bottles to their wishlist, and share their wishlist with family and friends.

Using Iterate, I created a user survey and shared the survey with friends, a handful of wine/beer appreciation groups on Facebook and Reddit, and a few other interest groups, ensuring a diverse response group. With over 75 responses, I had a lot of input to work with.

My original idea of giving users the ability to keep track of bottles they have stored at home was clearly not necessary nor desirable as the target demographic for this app is not hard core collectors. Rather, it is people who appreciate wine and beer, but who want additional tools to help them keep track of their favorites as well as discover new tastes.

Survey takers ranked certain factors in terms of what most influenced their decision when choosing which wine or beer to order. For both wine and beer, survey takers first prioritized familiarity with a certain bottle or brew, with recommendations from friends in close second. 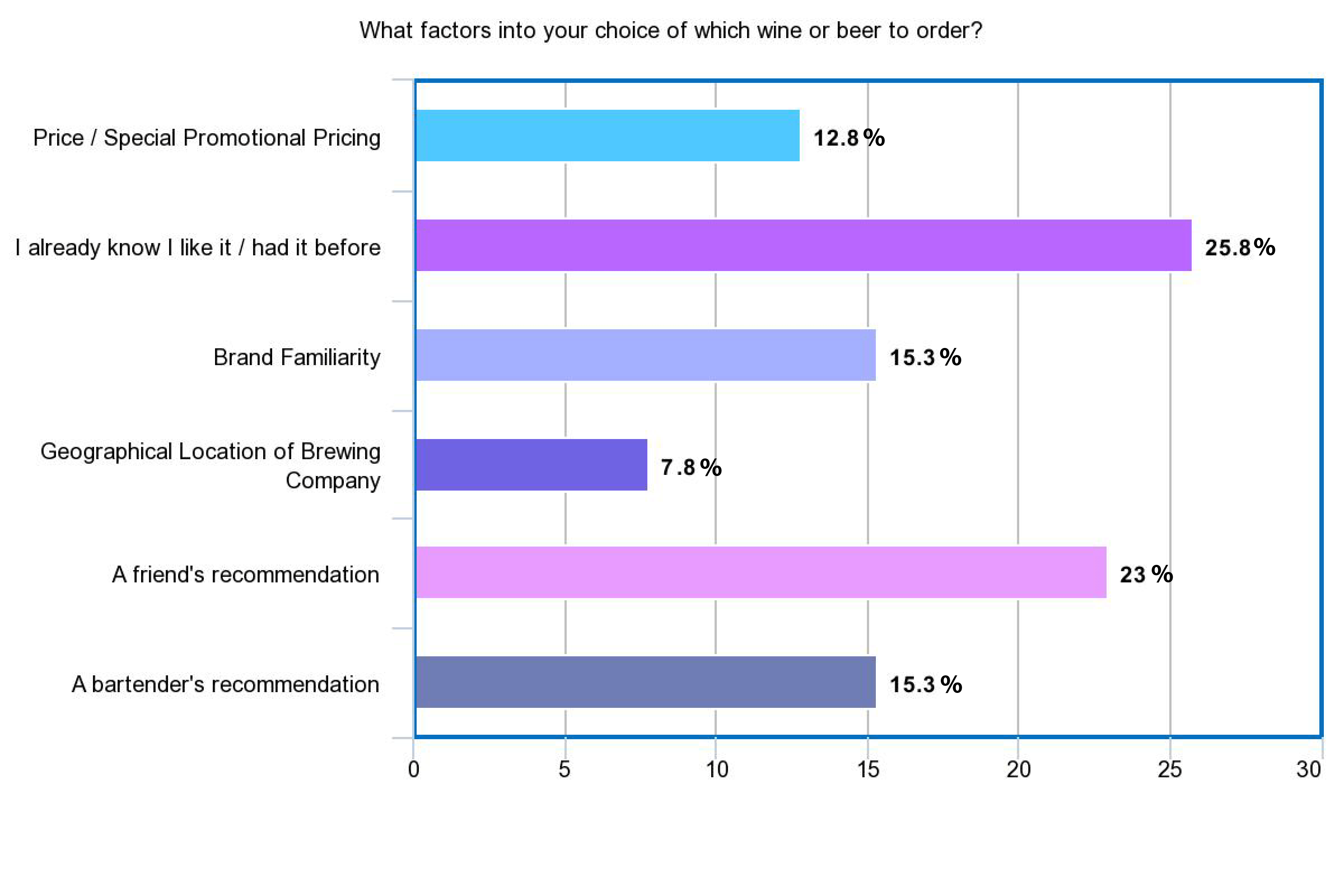 I created a list of user stories based on the features survey takers were most interested in, and then created user flows to determine the app navigation. The navigation bar included links to the dashboard, “Add to Your List”, “View Lists”, and “View Wishlists”.

Given the desire for simple, clean design, I created custom icons and graphics based on modern line-based design.

I designed custom icons for different types of glasses depending on the type of wine or beer served. This simple detail added character to the “View List” and “Add an Item” sections. 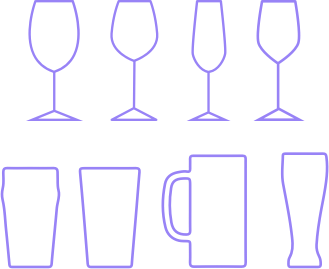 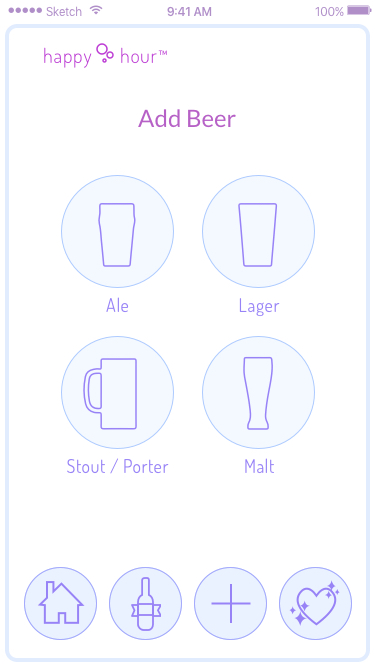 I conducted a focus group with three potential users, and they agreed that some form of brown or earthy tones would be appropriate for a wine/beer related product. However, after a few iterations and then testing a completely different color scheme, I put together a clickable prototype with a bright, airy, and fresh scheme that didn't contain any earthy tones. This color scheme tested much better with the focus group than the schemes I initially showed them.

This project was a great exercise in focusing on the immediate needs of the target market while practicing minimalistic design and rapidly prototyping a minimum viable project. Everything covered in this case study was completed in less than a week.

If I were to revisit this project, I would add the ability to scan a barcode to automatically fill in the name on the bottle, name and location of winery or brewery, and any other information that could be easily stored in a database. I would like to give users the the ability to share recommendations through social media, or send recommendations via link. I would also design the corresponding website so users could share a recommendation or wishlist without the link recipient having to download the app to view them.